Join us for a reading on March 23, featuring Ed McClanahan, Bobbie Ann Mason, and me, reading from our latest books. 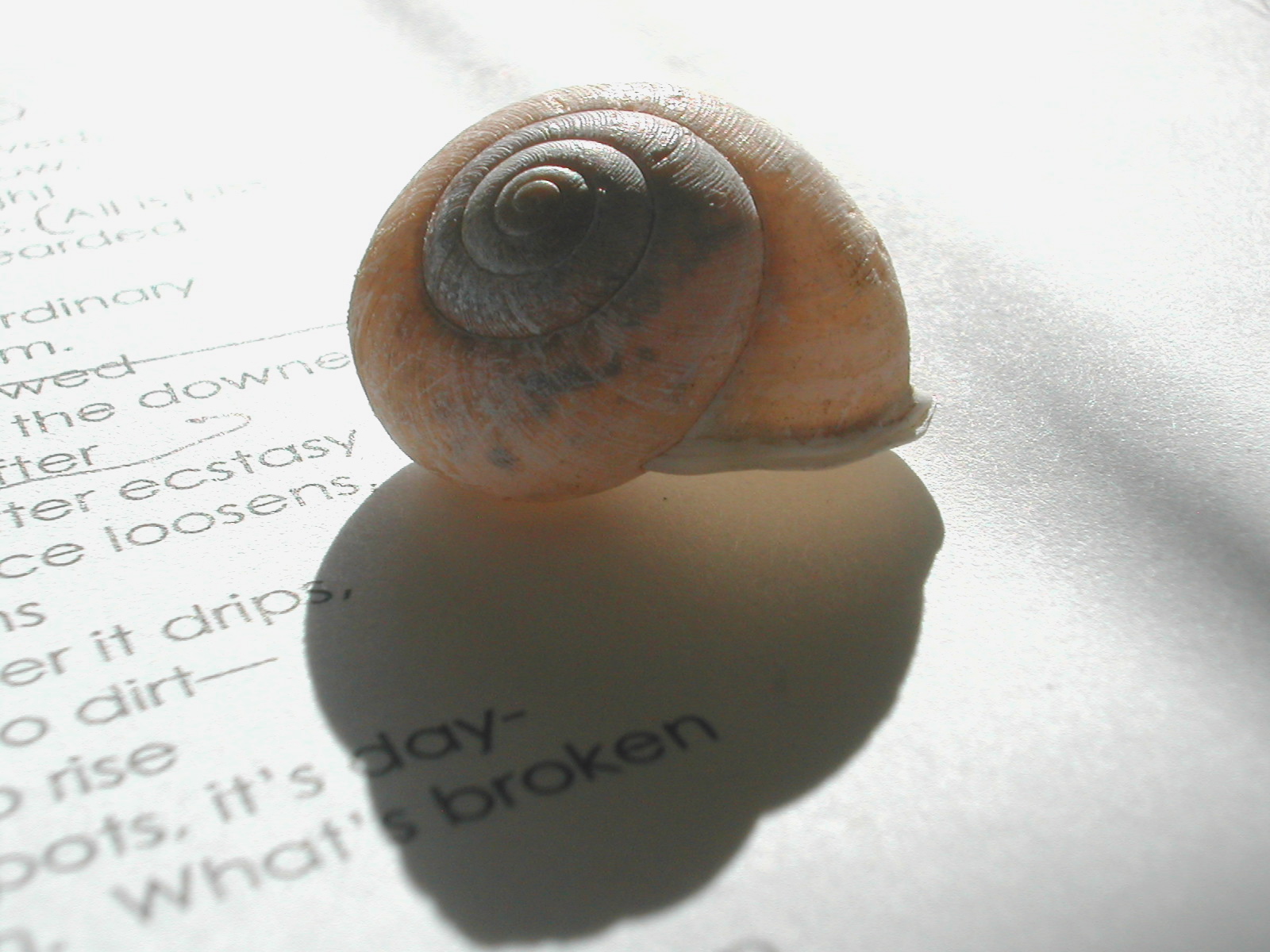 The snail shell has become my talisman — a visual representation of how slow the writing process can be. An affirmation that it is not only okay to take my time revising, but essential.

I call the photo “Poem by Snail Light.” In 2004 during my first residency at The Hambidge Center in Rabun Gap, Georgia, I spent as much time photographing and drawing as I did writing. I wanted to explore how the processes interacted for me. One of the benefits of a residency is time to explore what feeds your art. And what feeds mine is time to look, walk, frame images, play with words on the page, and read. This is one of the many photos I took during that month. One of the few that has survived in constant use since then, though I often revisit images from my residencies there in 2004 and 2010. Particularly images of the Anagama Kiln Firing.

Letter to a Poet I Will Never Meet

Note:  This is a re-post of a blog I posted on Kaboomwriters.org at http://kaboomwriters.com/2015/03/letter-to-a-poet-i-will-never-meet/ 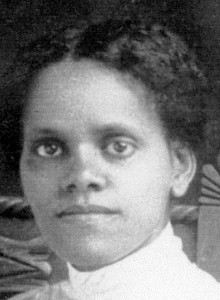 On the last day of Women’s History Month, I am sending out this letter to a poet I will never meet— Effie Waller Smith: b. January 6, 1879, Chloe Creek, near Pikeville, Kentucky; d. January 2, 1960, Neenah, Wisconsin

First, some of Miss Effie’s words, her poem, “Preparation:”

I have no time for those things now,’ we say;
“But in the future just a little way,
No longer by this ceaseless toil oppressed,
I shall have leisure then for thought and rest.
When I the debts upon my land have paid,
Or on foundations firm my business laid,
I shall take time for discourse long and sweet
With those beloved who round my hearthstone meet;
I shall take time on mornings still and cool
To seek the freshness dim of wood and pool,
Where, calmed and hallowed by great Nature’s peace,
My life from its hot cares shall find release;
I shall take time to think on destiny,
Of what I was and am and yet shall be,
Till in the hush my soul may nearer prove
To that great Soul in whom we live and move.
All this I shall do sometime but not now –
The press of business cares will not allow.”
And thus our life glides on year after year;
The promised leisure never comes more near.
Perhaps the aim on which we placed our mind
Is high, and its attainment slow to find;
Or if we reach the mark that we have set,
We still would seek another, farther yet.
Thus all our youth, our strength, our time go past
Till death upon the threshold stands at last,
And back unto our Maker we must give
The life we spent preparing well to live.

I have only found you and your work in this, my sixty-sixth year of life.  Though you were a Kentucky poet born and raised 50 miles from my home in Floyd County, Kentucky, I had never heard of you.

It was your poem, “Preparation,” that made me write to you.  I heard it read aloud about a month ago when you were inducted into the Kentucky Writers Hall of Famein a ceremony in Lexington at the Carnegie Center for Literacy and Learning.  Though the reader, Frank X. Walker, did a fine enough job of presenting the poem, I could not help but wish that a woman had been chosen to read it — any woman, black or white. Though your poem does not declare itself a woman’s poem and could apply equally to men and women, I think that too often it is women who allow the “ceaseless toil” you write of to come between them and “what [they were and are] and yet shall be.” At least when I heard the poem and heard the fact that you had stopped writing at the age of 38 (at which age I was just starting out), I felt that teaching or mothering or other kinds of care-giving had surely pushed your vocation of writing to the side.

Now I have read more about your life — how you moved to Wisconsin to live in a strict religious commune with your mother around 1919, for instance — and I see that your story is more complex than I had imagined.  For one thing, it’s clear that you did not let teaching and supporting yourself, moving from place to place, marrying or divorcing stop your important work of crafting poems.  You published steadily from at least as early as 1902 — when you were 23 and finishing your course work at the Kentucky State Normal School for Colored Persons, now Kentucky State University — until 1917, when as far as I can tell, you were living again in or near Pike County.  You taught in Kentucky and Tennessee during that time.  By 1909 you’d been married twice (in 1904 and 1908), each marriage brief, each ending in your divorcing the man.  You’d lost your only child (I haven’t been able to find out if it was a boy or a girl) when it was a young child.  You’d seen enough violence in the mountains to last you a lifetime, including the murder in 1911 of your ex-husband, Deputy Sheriff Charlie Smith, who had also been a lifelong friend.

Your self-possession astounds me, even from the distance of all these years.  What I have discovered of your life makes me certain that the more than forty years you spent not publishing poems were a deliberate act, at least to some degree, on your part.  Because I am a woman, too, who struggles with how and even whether to continue to pursue publication, after twenty-five years of publishing poems and other writing, I wish I could talk to you.  Your last publication, a sonnet you entitled “Autumn Winds,” was in Harpers, for goodness sakes.  One of the most prestigious places in the nation.  Why did you stop publishing?

Your work itself gives us some clues — its somber mood, its intense religious overtones.  And the fact that World War One was raging and that you had lost your only child may have been part of the beginning of your silence.  You had to have been weighed down with grief.  You moved away from your beloved hills, which has been not only a solace, but a source of imagery and inspiration for you.  Was it the convergence of all of these things?  I have moved twice this past year and often find myself wordless, unsettled in a world that seems more than ever bent on violence and hatred.  Was silence your answer to despair?  I don’t want to believe this.  Was it an act of faith to relinquish your writing career?  Or were there other “hot cares” that kept you from your poems?

Writers and scholars before me have wondered at your disappearance from print, and I am grateful for what they discovered or pieced together about your life.  In next week’s blog post I will continue this letter, using the work of David Deskins, Elizabeth Engelhardt, and your adopted daughter, Ruth Smith — as well as your own words  — to piece together more of your story.